A couple years back, the Matadors really pushed the conspiracy theory to the limit.
The team’s head bullfighter allegedly offered a bribe to a current Duck who once ran another team in the Pgh NABA. The Bullfighter asked the former coach to throw a game to spite the commish and his team and take a playoff spot form the Bulldogs.

Last season, the Matadors were taken over by a new guy who did not have the good sense to change the team name to the Bulls, or anything that doesn’t have to do with slaughtering perfectly good bovines.

However the Matador unis are solid and they look expensive, and while the lack of a team named the Bulls is bothersome, buying new threads for the sake of having a more humane and baseball relevant name is not the most fiscally responsible decision.
So the Matadors they remain.
They lost to the Confederacy in the ’07 finals. 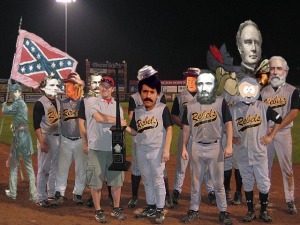 The Matadors will be tough; they have lost big to the Black Sox and HURRICANES!
So have the Ducks.
A win tonight will put South Oakland at 4-3 before the calvary arrives and the Ducks roster takes shape.

Captain’s on the hill tonight. 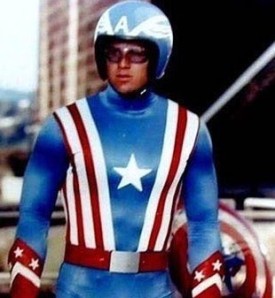 Bad News for the Matadors