South Oakland Ducks of the North Side (6-2)

South Oakland looks to overcome and early season defeat at the hands of the Bulldogs who couldn’t even do us the courtesy of beating the Black Sox last Saturday.

Thanks guys. Way to be even more hungover at 8:30 am on saturday morning than the Black Sox. 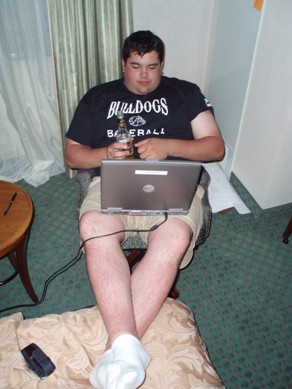 Ducks’ utility player and third base coach, Rick Whalen was hospitalized during the first matchup between the Ducks and Bulldogs, but figures to factor in to tonight’s game in some manner.

Coming in to tonight’s matchup, South Oakland is riding a six-game win streak while the Bulldogs have won nine of ten.

The biggest difference between these two teams over the past four seasons has been playoff success. Since TC took over and then relinquished the manager’s position for South Oakland, the Ducks have won a title and advanced to the conference semi’s for a 6-1-1 playoff record. The Bulldogs can’t make it out of the first round.

Maybe we’ll get our championship t-shirts tonight from the commish?

and where’s my trophy?

I wonder if Flip’s buddy still catches for them?

This blog has turned to crap. However,  the Bulldogs blog has proven to be even more racially insensitive and  hedonistic than Fred Phelps reading from a public high school history book in a battered women’s shelter, wearing a bathrobe made out of  Hustler back issues.

(I’m going the clothes made out of magazines route, it’s getting bad over here. Go read the bulldogs blog.)

“I wanted to destroy something beautiful.”

Bad News for the Bulldogs