James Tessyer (sp.) pitched 6 2/3 innings striking out 12 or so in his South Oakland debut.
Jimmy Fago singled in his first official plate appearance as a Duck, and pitched 1/3 of an inning for the save. Fago’s whip is 3.0.
Tony Casale drove in Mike Cinefra for the winning run in the bottom of the 5th, and the Ducks defeated Big Oil and their lefty ace Exxon Val-Reuf in a hard-fought pitchers duel.

Tessyer was perfect through 3 1/3. Big Oil strung together two hits, and scored on a fielder’s choice in the top of the 4th.

Casale made the defensive play of the game in the top of the third, ranging to his right making a diving stop and throwing out a stunned Oil exec from his knees.

The Ducks took the lead in the bottom of the fifth Lipp walked to start the fram, Cinefra bunted for a base hit, and Lipp advanced to third on the throw to first.
Cinefra stole second Casale hit a blistering shot to shortstop Big Oil threw it away.
2-1 ducks after five.

South Oakland struck again in the bottom of the 6th, Nick Berdine hit a pinch-hit single, advanced to second on a wild pitch and stole third. Kirk walked increasing his solid OBP. Cinefra drove in an insurance run with an RBI fielder’s choice.

Big Oil threatened in the seventh after a Ducks error and a single.

Fago relieved Tessyer. He walked a guy, then got the last batter to ground out to end the threat.

It’s Ironic when someone who was on this team for one full season tells me what it means to be a Duck.

I’ve been here since day 1.
This isn’t a sandlot league anymore.
Some people don’t adjust well change, then blame others for their inability to adapt.
We’re all wearing green.
We’re here to win another title.
If this team gels, we can take it.
Chemistry doesn’t form in three games, we’ll be fine.
***

I’ll mix up tomorrow’s lineup to get guys in who sat last game.
That’s the first time we’ve had all 24 guys show up in the seven years I’ve been on this team.
All I can do in that situation is ride the pine myself and try to put us in position to win.

South Oakland Ducks of the North Side (4-5) vs. Hebrew Oilers. (who cares)

To hell with your Natural reference; Roy Hobbs strikes out and dies in the novel.

The last natural disaster to hit that region was Hurricane Katrina.

One item used to stop the flooding during Katrina:

The Oilers clearly cheat, hate the poor people in New Orleans, and want to destroy wildlife.

Bad News for the Oilers 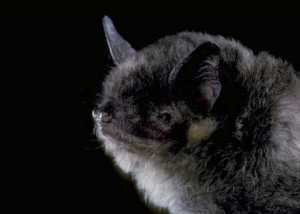 Gray bats are very near and dear to Bat Conservation International’s heart. For decades, we have worked to recover the declining gray bat populations and the species was well on the road to being removed from the Federal Endangered Species List.

That was until White-nose Syndrome showed up in New York four years ago. BCI and bat scientists around the country have been nervously monitoring the spread of this devastating disease that has killed more than one million bats since 2006. This winter, the White-nose fungus spread to Tennessee, the epicenter of gray bat territory, and we feared the gray bat would be the seventh bat species and the second federally endangered species to be affected by the disease.

Because of Bat Conservation International’s strong emotional tie to this species, the gray bat was one of the first four Adopt-A-Bats to be released this past holiday season. If you’d like to support gray bats and the work we do, consider adopting a gray bat or donating online.

Get your notebooks ready.

It will be interesting to see who’s behind this.
Name your price. Quack.

Due to some ridiculous and unfortunate circumstances, I will need a baby sitter during Ducks through the second week of June.

My daughter will be three on September 1st.
She’s awesome – has a great arm for a two and a half year old.
Anyone who knows someone who would watch her during games [either at the field (this would be past ehr bedtime, but i’d make an exception once a week) or elsewhere] would help greatly.
I’ll pay whatever is the going baby sitting rate, and can include ducks hats, t-shirts and hoodies in the deal.

I’m probably gonna miss a few games due to this.
Dr. Jones and Jesse Smith will run the team in my absence.

Big Oil has been subsidized by the Pittsburgh NABA, allowed to compete in the A division, yet the corporate conglomerate has been constructed, after recieving tax payer money and league revenue to allow it to operate in a less competitive division, to compete on the highest level. They defeated the Bulldogs and toppled the defending Champion, Fightin’ TJ Morgans.

The Ducks were faced with this predicament in the off season, but our desire to compete at the highest level led to the addition of several college ball players, as the rules of the draft were that only AA teams could draft college players and if we were to play in that division, against the revamped Black Sox the Hurricanes and the NABA terrorist coup, Monroeville Militia, we would have to upgrade to give our team the best chance to win.
The assumption was that any college players entering the league would go into AA. 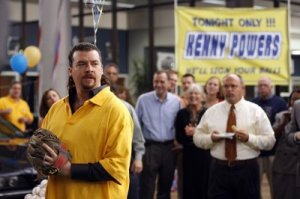 The arms race, headed by the Brookline Bullies off-season aquisitions, put us where we are today.

When Kool and the Gang asked to play on the Ducks I agreed. Anyone who hates the Black Sox as much as those kids do is OK with me.
Maybe I should have traded the rights of J. Spagnola and Bill Franciscus for a first round draft pick, kept my roster additions quiet and then arrived in the A division with an unfair advantage.

The good intentions of splitting up the league into A and AA have been undermined by Big Oil.
Clearly this is exactly what happened.

The Eagles are another story all together.
I sympathize with the troubles they have had in recent years.
Last year, they beat us with eight players. Disgraceful.

South Oakland Ducks of the North Side History Lesson with Howard Zinn.

Adam Smith became the only Duck with a full season of tenure to leave South Oakland for another team.
(and I preface this with acknowledgment of Smith’s importance to the Ducks during the Red Scare Years, and his ability to throw strikes when we had no other pitchers. He was the team’s MVP in 2007. In 2007 we went 8-14.)
The seeds of his departure were planted when I handed the coaching reigns over to Dr. Jones and he recruited the core of our current roster.
( I founded the team in 2003 and coached for many years before I ran into TC at the batting cages. If we win-out this year, my all time record will get back to .500)
Nick Homa and 2010 MVP candidate Mark Guthrie pushed Smith down in the rotation.
Kirk and Novak secured the middle infield spots.
Instead of competing for playing time on a better team, or accepting a reduced role on a winner (the Ducks finished ten games over .500 in Jones’ tenure as Manager), Smith wined about the Ducks selling out and becoming the Pitt Club Baseball summer team.
He sat alone in the dugout and passive-aggressively undermined our manager.
He left a team that was 16-8 for a team that finished in fouth place in the Wales Conference last season.

Will Adam Smith throw against his former team on Wednesday
Or is he begging his coach to sit him to avoid embarrassment? 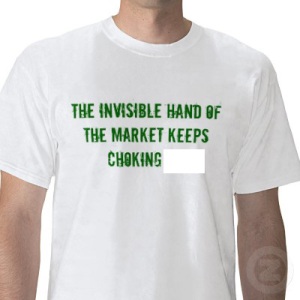 Oilers on Monday.
Eagles on Wednsday.

This is when we start a new winning streak.
We might not lose another game.

The Mark Guthrie for MVP campaign will begin in earnest in the next week or so.
Neil Young involved. Solid.

Rafalski might have more pure talent, but we all know the Hurricanes have so many awesome players, losing Rafalski would not effect their 7-1 record.

Take Guthrie off the Ducks and were booted into the A division.

The Ducks float just under the .500 mark this season.
We’ve underachieved. Too many walks, not enough key hits, reliable and talented players uncharacteristically missing games and having one-pitch at bats resulting in infield flies with runners in scoring position. Something is amiss.

We have to get our Duck back by any means necessary.