Dr. Jones hit in the game winning run with a blistering shot to Joe Walsh in the bottom of the sixth.
Mark Guthrie pitched 6 scoreless innings, allowing only one hit.
Nick Homa recorded the save.
Kirk Gibson, 1-3 RBI
who had the other rbi?

The South Oakland Ducks of the North Side are 9-3 at the halfway mark.

Don Henley is no joke

The Eagles have surrendered to the Confederacy twice already this season, unbelievable.
The Rebels were probably able to sweep the Gray Bats in a double header yesterday based entirely on the Eagles not forcing them to use pitching earlier in the week or last week or whenever.
“Ladies and Gentlemen, your 1-10 Gray Bats.”

What a stretch.
Even if they wind up losing all four of those games they will still have a better record than the Gray Bats who are seven games behind the Ducks.

We’ve got to keep winning to keep pace with Kenny Powers and the Owlz.
All of the sudden Jefferson Davis has led his troops to four straight wins.
A loss by the Ducks would put us even in the loss column with the Rebels 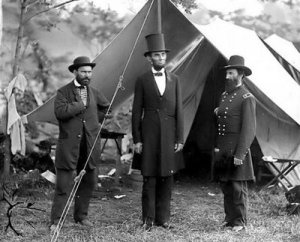 Abe Lincoln will have none of it. 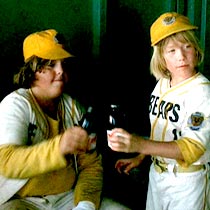 Ducks Blog Staff, thanks for picking up the slack while I ran around the East Coast like a moron.
The Blues win in Atlantic City is a very significant milestone for our league.
We were helped emensly by a few of the Owlz playaz.

Will Kenny Powers be able to put his hatred of the Owlz aside and rejoin the Blues along with his arch-nemesis Rob Cool?
The Owlz players played hard, played hurt, and were great teammates.
It was always about Pittsburgh and not about the Owlz.
I did hear a strange noise coming from their hotel room…

Joe Graff had a .700 obp, and was the sparkplug for the team.
Vinny played on one leg and still raked in the semi’s.
Brian Strom and Jeremy Barchie had two of the gutsiest pitching performances i’ve seen outside of Nick Homa, and Adam Smith this season.

Rob Swanger went yard in the semifinals, and had an acrobatic day in the outfield in a must win pool play game.
I got on base 6 of 8 times in the semi’s and the finals and only hit the ball hard twice, that’s not easy. Thankfully I didn’t boot any routine plays in right, or kick them like Brett Hull kicked the puck past Hasek a few years back.

I had a conversation with Rob Cool last year, and he was complaining about not having a catcher…So he went out and got Mike Scoscia’s second cousin.

Anyone who says they wouldn’t stack their team like Rob does if they had the means to do so is delusional.
I don’t believe it but I can’t fuck with these guyz any more, at least I still have the Confederacy, and two other Bloggers on the staff who probably think I’m lying.

The Owlz haven’t seen the best South Oakland has to offer.
That will be the game of the year at the Duck Pond. – not to look ahead or anything –
We can beat that team.
It would be so boring if the Owlz just blew everyoen out of the water, and went undefeated.
Someone has to stop them.

I believe in Dr. Jones

***
Kenny Powers spent his Memorial Day at a cookout.
(profanity)

I got ride the coattails of a great Blues team to a championship in A.C. then watch the Pens win the Prince of Whales trophy.
As a Welshman this makes me proud beyond belief.

A Labor Day tournament to be held in Pittsburgh is in the works, and will most likely feature teams from our league and not the Blues, which means the Ducks would a chance to enter a team in the event.
If you’d like to help out with this email the commish at: Conspiracytof_cktheGrayBats@LarryZwhines.com
if that address doesn’t work try:
pittnaba@yahoo.com
We might have to un-retire a few numbers, and call up Barchie, clearly our roster isn’t big enough as it is.

On a muggy Memorial Day night at Spring Hill field the South Oakland Ducks had reason to celebrate. Coming off a somewhat stagnant offensive performance against the Bulldogs last week the Ducks offense exploded to a 8 – 0 thrashing of the visiting Gray Bats including a two-run homer to centerfield from third baseman Jesse Smith and a 2-3 5RBI performance from catcher Chris Dowling. You might think the offense was reason enough to start setting off the fireworks display, but the offensive jolt paled in comparison to Adam Smith’s complete game 2 hit, 8 strikeout shutout. The win improves Smith’s record to 4-1 and drops his ERA to a team best 2.15.

After struggling to find the strike zone during most of the 2008 season sending him to the Duck’s bullpen with a meager 9.50 ERA and even thoughts of retirement, Adam Smith’s return to prominence has been a catalyst to the 8-3 Ducks record, the best start in South Oakland Duck’s baseball history.

To say the Duck’s wouldn’t be in second place in the Monongahela Division and leading the Pittsburgh NABA in wins without him would be an understatement. Smith’s performance has taken pressure and pitch load off of Duck’s fire-balling ace Nick Homa who was pretty much called on for every pressure situation during the 2008 season. And it’s not just Smith who’s pitching well, the Duck’s sport a team ERA of under 3.

Pitching keeps you in games, but you have to score runs to win and with the 2009 Ducks line-up scoring runs hasn’t been much of a problem. The free-agent signings of Chris Dowling and Tony Castle have paid dividends both offensively and defensively. Both sport batting averages well above .400 and are standouts in the field. Mix them in with veterans Ben Gwin, Jesse Smith, Andrew McCray, Chris Wojoton, and that’s a power-lineup that would have any team in the league (minus the Owlz) drooling.

Where the Ducks go from here is hard to tell. With the likes of the Findley Owlz and Brookline Blacksox competing in the same division for a title, it isn’t out of the question that the boys from South Oakland could end up as low as third in the division. On the same note with the talent, timely hitting, and resurgence of Duck’s pitching, a Pittsburgh NABA title is on their minds; and who are a bunch of youngsters from Findley and grizzled veteran’s from Brookline to deny South Oakland of what they deserve.

The (South Oakland) Ducks (of the North Side) (7-3) play the (lowly) Gray Bats (1-7) tonight at 9PM at Springview field in Spring Hill, PA. Most of us will call this day Memorial Day, but our friends on the Rebels may refer to it as Decoration Day. 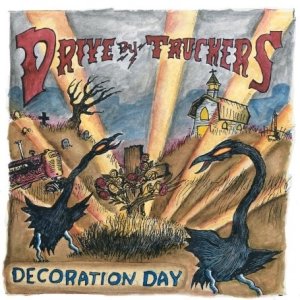 Fortunately, instead of playing the Rebels, the mighty Ducks face the Pittsburgh Gray Bats–who have had a disappointing start to say the least. The Gray Bats have only mustered one win in eight games, but are supposed to have the talent necessary to compete in the Monongahela Division. Of course, if the Bats were in the Allegheny Division, they might be the division leaders. Unfortunately for them, they found themselves competing in the division with the leagues top three teams in their inaugural season.
All Ducks on deck tonight, as the Gray Bats are “guaranteeing” victory, a la former Steeler Anthony Smith. Skipper Jones presented the following bulletin board material provided by the Gray Bats just last week:
Not only are the Gray Bats struggling on the field, but it appears they have difficulty spelling as well. There may be additional trash talking by the Bats going on, but frankly I have no desire to waste my time searching for it. I need no further motivation, and I suspect none of the other Ducks do either. Tonight at Spring Hill the Ducks mean business. The last three hours of Memorial Day ought to be forgettable for the Gray Bats, but the Ducks must remain on the offensive as the Bats are surely better than their record indicates. 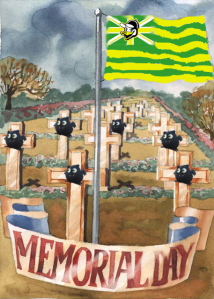 Just a reminder to bring your second installment of umpire dues ($20) to the game tomorrow.

Be prepared to kick some Gray Bat.

To the rest of the Ducks blog staff, don’t stop jobbing the Gray Bats, while I keep the Blues posts updated.
***

This weekend we put aside our petty differences.

Memorial Day, 4th of July, whatever. Either way the Confederacy does not recognize these holidays…

In my search for a score book I cam across a game from a couple years back, a Ducks game featuring Rob Swanger, Jeremy Barchie and mysefl.

Swanger was 3-4 with 2 doubles and a triple, 5 rbi.
Barchie was 2-3 with 2 rbi, pitched 5 innings allowing o earned and beaning two batters
I probably kept score and padded my stats with a 3-4 performance. (all singles to right field – no doubt)
the game was a 15-4 Ducks victory, and was the last time Barchie, Swanger and Gwin played for the same team.

This weekend we don the powder blues along with the latest installment of the Pittsburgh Blues.

You got the Blues.

Check out the league website for more Blues news.

Cam Ward had about as much chance on that last goal as the Gray Bats have of beating the Ducks Monday night.
Quack
Widgets