Other write-ups of last weekend’s action

Ghostbusters earn home field in 1st round of fall playoffs!

Mid-season acquisition, Eric “Winston” Lee (far left), is fired up for the playoffs

The Orange Crush have dominated this fall season thanks in large part to the enormous fake breasts of their corner infielders, Joe Graff’s scappy catching and astronomical OBP, lights out performances by Ducks/Blues pitchers Christian Necheff and Mark Guthrie, havoc-wreaking plate appearances by the Stay Puft Marshmallow Man, and the Earl Weaver-esque head coaching of Brian Strom. They have coasted to a first round bye and a spot in the championship game. 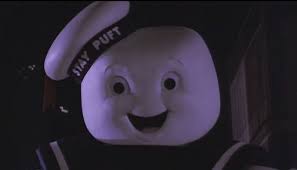 The Ghostbusters can not afford to look past the Gray Bats, who have an Ace of their own in BJ Rankin, and may call on the services of trade deadline addition, pitcher, Ben Sorosky for the Wild Card round of the playoffs, should Alex Warren’s ankle remain swollen, and if Rankin’s arm is not in good shape.

Time to talk about myself in the third person for a bit…
Ghostbusters’ manager Ben Gwin’s approach for regular season has been to bat 12 players and prioritize playing time over winning. During the playoffs, he will bat nine or ten players and put the best defensive team on the field, every one who shows up will play, but the priority will be on advancing to the finals and eventually defeating the Crush.

Dr. Dan “Venkman” Morgan will start on the hill for the Ghostbusters in the Wild Card playoff.