South Oakland lost to the Grizzlies 3-2 in 8 innings last night in Munhall. Bauerstown overcame an early 2-run deficit by scoring two unearned runs to force extra innings then in the eighth, their five hitter doubled on a ball that should have been caught to drive in the go-ahead run.

The Grizzlies pitcher was very good. He threw a complete game and worked out of several jams. Mullen went six for the Ducks and gave the team a chance to win. Fago (L, 0-1) pitched the seventh and eighth. The Ducks made two errors, but they happened in the same inning. Also left a lot of guys on base.

This is the second year in a row the Grizzlies have eliminated the Ducks.

Both Ducks postseason losses were in extra innings.

Feels like we left a few wins out there this season. I really thought we had a chance at it. 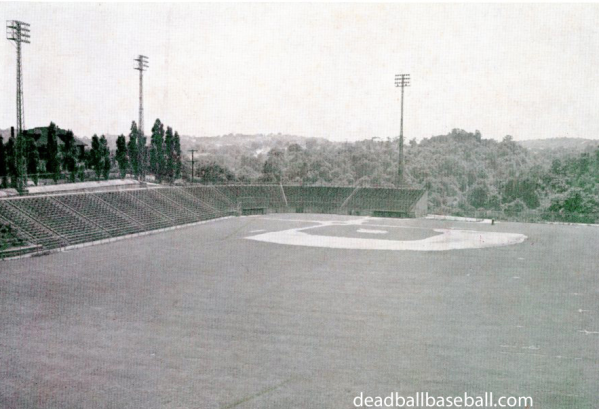 I’ll post team awards later in the week. We might have fall ball, but we’re still working on logistics.

The Ducks will travel to Columbus again in October to play in the Capital City Classic. We may have a surprise in store for Steve Sports this year.

I want to thank everyone who made this season possible. All my teammates, especially. Biggest thank you to Joe Graff for running the league and giving me a chance to continue playing baseball at 38. I had a good first half of one Legion season in the 90s. I have no business playing alongside players this good. I don’t know how else I’d spend my summer, and I am incredibly grateful.

This was my last season as manager. 2018 MVP Tom Pulice will be running the show next year. I’ll help out with administrative stuff and get him acclimated, but I don’t have the time or the mental energy to spend managing anymore. It’s tough.

I’m also getting to the point, or at least close, where I don’t feel I can pencil myself into the lineup everyday and give us the best chance to win. I think if arguably our best player is managing, he can at least play himself every game and it won’t be an issue. I don’t want to have to make the call on whether I should be out there or not, and have guys pissed I’m playing myself and costing us games. I think it’s getting close to where I can’t get a lot of playing time on a team that can win a championship.

I think the worst spot to be in, in an adult league is to be like the 10th or 11th bat on a team. The last guy on the bench knows he’s the last guy on the bench, but being on the cusp is brutal. I tried to set the team up so I could be that guy. Be a good pinch runner, defensive replacement, pinch hitter type. Fill in when guys aren’t there, because everyone is never there at the same time. I’m fine with having a small role on a good team, even if it’s a rec team in the middle tier of a middle tier men’s league. It’s ok. I love the game. I love bp and practice, and I wish I had time to do more of it. I’m sure I will miss making lineups at work on Wednesdays.

More than anything I want this team to win, with this core group. I think we’ve got another run left, but I know I said this three years ago, too.

I want to play until there’s someone on the team who wasn’t born when the Ducks were founded, which will be possible in a couple years. Now I’ll probably blow my knee out getting out of bed tomorrow. I will stop when I can’t run anymore, or if the team folds for other reasons, but I think it’s in good hands.

I really thought we had the arms to do it this year. I think we had the most depth, but depth can lose to a top heavy team with good pitching. That’s definitely what happened in the first round. We also made a bunch of errors, and we are usually better defensively.

I think we might have some turnover in the off season, but I hope everyone comes back.

3 thoughts on “Ducks Lose. Season Over.”