batting practice tomorrow at 6:30 PM at Pitt IM fields. Hope to see everyone there. Ben could you put a post about this. Thanks.

The Warriors (6-5) currently hold 2nd place in the Cambpell Conference.
According to the Warriors site Craig Boley recently celebrated a birthbay.
Congratulations, Craig…

What can we expect from the Warriors this weekend?

They are very possibly hoping we overlook them on our way to our division game against the Owlz on Monday.
They play the Eagles Wednesday night.

Steve Heckman, the Warriors co-manager who runs his team with life partner Jason “Phil Lesh”-er, had probably the most comprehensive statistical database in the league for his team.

That’s one regret i have is being such a mess for the first two Ducks seasons that there is not much record we even existed except for our 2003 Championship trophy, and a few ancient player of the week blurbs on the league site.

I’ve been trying to calculate our all-time W-L record as it is most likely nearing the .500 mark.
I just don’t count well.
At least this season’s Ducks know I did not imagine Britton, our ss/sb from the Ducks’ early days.

Anyway, unfortunately the Warriors official homepage has been out of commission (too bad there were some very photoshop worthy pics on that site). Possibly due to Tipper Gore taking offense to the Heckman thong, which was available for purchase, and petitioning to have sale of this item banned, and the site removed.

If it wouldn’t get me banned from the pgh naba, I’d wager a ducks t-shirt vs. a Steve Heckman thong on this one -it would be the creepiest pine-tar rag ever.
(That could be a wonderfully disgusting metaphor as well.)
It is kind of a niche item.

How horrifying would it be to take home some lucky lady from Spice Cafe and then right when the moment of truth was upon you, in your drunken half-comatose state, she takes off her pants and you see Steve Heckman grinning at you.

Would you still have sex with her after you vomited all over the place?

The answer to that question will tell you a lot about yourself.

I hit my first lcareer home run off the Warriors’ Jason Baker, who i think pitched at Baseball Factory: Waynesburg College – no one ever asks how big the field was when you tell them you hit a home run.

The Bulldogs lost to the Electric Light Orchestra last night. Just when it looked like they had turned the corner.
Playmaker must have made his dramatic return.

To Find out more about this game check out their Blog.

He belongs on the Gray Bats, he’s a lifetime .370 something switch hitting catcher, someone put these two parties in contact. 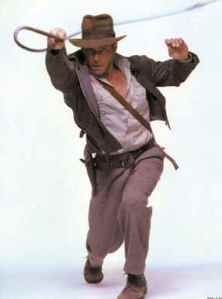 All Star starters and pitchers were voted on by the managers.

I don’t remember everyone, but among the Ducks (11-3) who got the nod are:

Will Kenny Powers also be an assistant to head coach Rob Cool?
Will Rob Cool finalize his roster by “acquiring” half of the Mon all-starz?
What will Black Sox and Owlz fans do when they are forced to cheer for the same team?
Will Kenny Powers pitch this season?

Will the Ducks finally get some fans at our games?

We need a harem.