Still working out the kinks and the layout there, soon we’ll go full time on the new site.

South Oakland of the North Side has agreed to terms with 2008 League MVP, James Fago.
James will add depth to the rotation and platoon at catcher till Scioscia gets here.
We will finally have the Homa to Fago battery.
Huge.
On paper it’s the gayest since Rankin to Graff.

The Bulldogs need a mascot.

South Oakland plays three games in three days starting with the double header Saturday, and a 9pm match Monday, at the Duck Pond against the Matadors.
Then we have five days off and play three more games in three days: Sat 8:30 at John Herb the Hair of the Dog Match vs. the Bulldogs.
A Sunday afternoon matinee against THE HURRICANES!!!
and a Monday night rematch against Kenny F-ins Powers and the B-Sox. 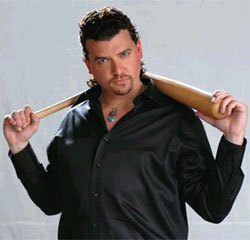 Pending the outcome of conference tournaments, exam schedules and such, this week will mark the arrival of Fago and a bunch of other kids who should help the offense – some of whom played on the team which lost to the sox in the semi’s last season, and some who did not.

We should have everyone for the 5/17 tilt vs. Brookline.