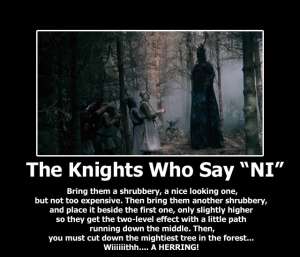 Back in the day, the Knights were stacked, but could never get over the hump: Barchie, Fago, Guthrie, Cool, Sorosky, Tremel, a bunch of kids from the Rakers, they were solid and constantly took the last playoff spot from the Ducks.  They played in a historic two-site playoff game involving rain delays and power outages in what amounted to a three day loss to the eventual league champion, Confederacy. They were the Orioles for a season, causing my dyslexic brain to hemorrhage whenever i had to differentiate between them and the Oilers (Phantoms, Pythons was also a toughie).

The Knights are one of 16 teams that has folded (in this case they’ve re-manifested as an expansion team ) changed names, or merged with another team since 2003.

The original Knights lineage since ’05:

It’s not easy to keep a team going for eight seasons.

We should all take some pride in playing on the only team that’s been around since the league’s inception.

(Ducks all-time record now stands at 75-80-2, but are in the process of recording a third straight winning season.) 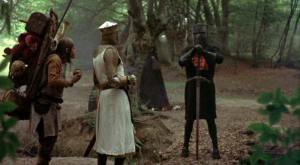 The 2010 Knights’ lone win is against 18A Division leader, Big Oil.

Since James Fago and James Tessyier have joined South Oakland prior to the Oilers game, the Ducks have won five straight.

Bad News for the Knights.

One thought on “Gameday [15] Ducks vs. Knights”