South Oakland Ducks of the North Side (5-2)

The first place Ducks look to win their fourth straight game when they face rival West View in what should be a close game between two evenly matched teams. South Oakland beat West View 9-6 early this season, but the WOLFPACK!!! are tough at home. They have a loyal and vocal fan base.

Some history for the new guys:

The WOLFPACK eliminated us from the playoffs in the 2014 semis in a series that turned when we were kicked off that field in Jefferson Hills over a permit dispute the weekend of some country music concert. In the rescheduled game, Strom was perfect through 3 innings before Donnie was thrown out at the plate and accidentally ran into their catcher. Benches cleared, as they do sometimes in adult league sports. They came back from a 1-0 series deficit to beat us in 3 games. Fetter blew out his knee and moved off the grid to southern California, never to be heard from again.

They are always tough. John Herb is one of the nicest fields we get to play on, and it’s always in great shape. This game will pit the veteran savvy of the Ducks against the youth of West View. 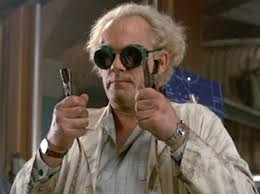 Bad News for the WOLFPACK